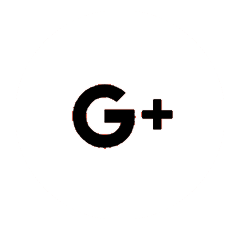 Have you noticed any man or woman disoriented or unable to recall something. Well there is a high possibility they might be suffering with Alzheimer’s Disease (AD).

What is ALZHEIMER’S DISEASE?

ALZHEIMER’S DISEASE is a neurogenerative disorder where the brain forms lumps of a protein fragment called beta-amyloid which clump together and disrupt cell communication leading to inflammation. It is a progressive disease which starts slowly but worsens gradually. First the neurons are destroyed which ultimately affects language, reasoning and social behaviour. It subsequently disrupts life functions, causes memory loss and ultimately death.

What are the symptoms of ALZHEIMER’S DISEASE?

Usually the symptoms are attributed to ageing and stress. Short term memory loss, abstract thinking and urinary incontinence may be the first symptoms. However, as the disease progresses, patient becomes more dependent on others for daily functioning of life. In advanced stage they become completely dependent as they suffer from loss of speech, mobility, etc. Death mostly occurs due to pneumonia or bed ulcers.

How to cure ALZHEIMER’S DISEASE?

Though definitive cure is not yet found, few brain healthy foods can give protection against ALZHEIMER’S DISEASE.

Though there is no cure but above-mentioned foods can help to prevent or delay the onset of AD. Moreover, People suffering with AD need special care and attention. For more details click on www.dietvita.com. Follow us on Facebook for updates at https://www.facebook.com/DietVita4U/

The most common deficiencies